Camp BullWheel is the only place in the world where an individual with a high spinal cord injury can independently cast a rod and line from a boat. This incredible feat is the result of decades of innovative engineering work. Recent grants have helped to expand our fleet of accessible boats allowing even more individuals with spinal cord injuries and their companions to experience the beauty of the Madison Valley.

Effective June 1, 2022, Camp Bullwheel has partnered with Ability Montana,  Partnering with Camp Bullwheel will provide access to the outdoors that most people with disabilities only dream about. Empowering Independence for People with Disabilities

What started as a vision in 2017, became a reality in 2018, has culminated into five successful seasons at Camp Bullwheel.  At the beginning of 2022, we could not have imagined all that has been achieved. Your loyal support is invaluable.

June 1, 2022, we began a partnership with Ability Montana. It has melded together seamlessly as Montanans have gathered underneath the massive cottonwoods to participate in Camp activities. Ability Montana’s mission is to work towards, “empowerment, dignity, and respect for people living with disabilities in southwestern Montana.”  Camp Bullwheel is overjoyed to partner with and provide this recreational destination a stone’s throw from the Madison River at Varney Bridge.

* In June, Peter joined Dream Adaptive in Whitefish, Montana where 65 participants took to the water on Placid Lake. The evening news in Missoula highlighted Peter’s enthusiasm in a special segment. Montana KPAX

* Late June found Peter on an exploratory voyage on the Smith River with Megan and Dave Tracy, veterans of the river in anticipation of accomplishing a first – getting sportsman with disabilities on the Smith for a multi-day float/camping trip.

* In July, Camp Bullwheel hosted 25 employees of Ability Montana at Camp for a memorable BBQ introduction and a brisk morning float filled with new camaraderie.

* David Poole found his way to camp every weekend in August, learning the particular nuances of the equipment and river. Ability Montana assigned David as their dedicated employee for Camp BW.  To say the least, David is extreme, driven, and passionate in all aspects at Camp.    Moving deftly from his wheelchair to truck to boat, David tackles the challenges of the river with intense zeal.  He provides immeasurable help in our workshop with equipment adaptations (boats, fishing gear, etc.).

* September highlights include eight boats on the river hosting seven Camp participants in wheelchairs. Peter’s son, Hank, navigated our 18-foot cataraft through the winding channels of the Madison with amazing precision. Matt Shapher, born with Spina Bifida, gleamed with pride as he aced the float with his superior rowing skills.

Camp Bullwheel would not be where we are without your generous support of all kinds.

We at Camp Bullwheel greatly appreciate donations of all kinds.

Learn more about what we do

We are still accepting applications for the 2023 summer season.  We will process applications as they are received.

For 2022 there’s plenty to do!  We anticipate needing cooks, oarsmen, cleaners, and construction volunteers.  Come be a part of the action!

Your contributions go directly to the operations and facilities that make the Camp Bullwheel magic happen. 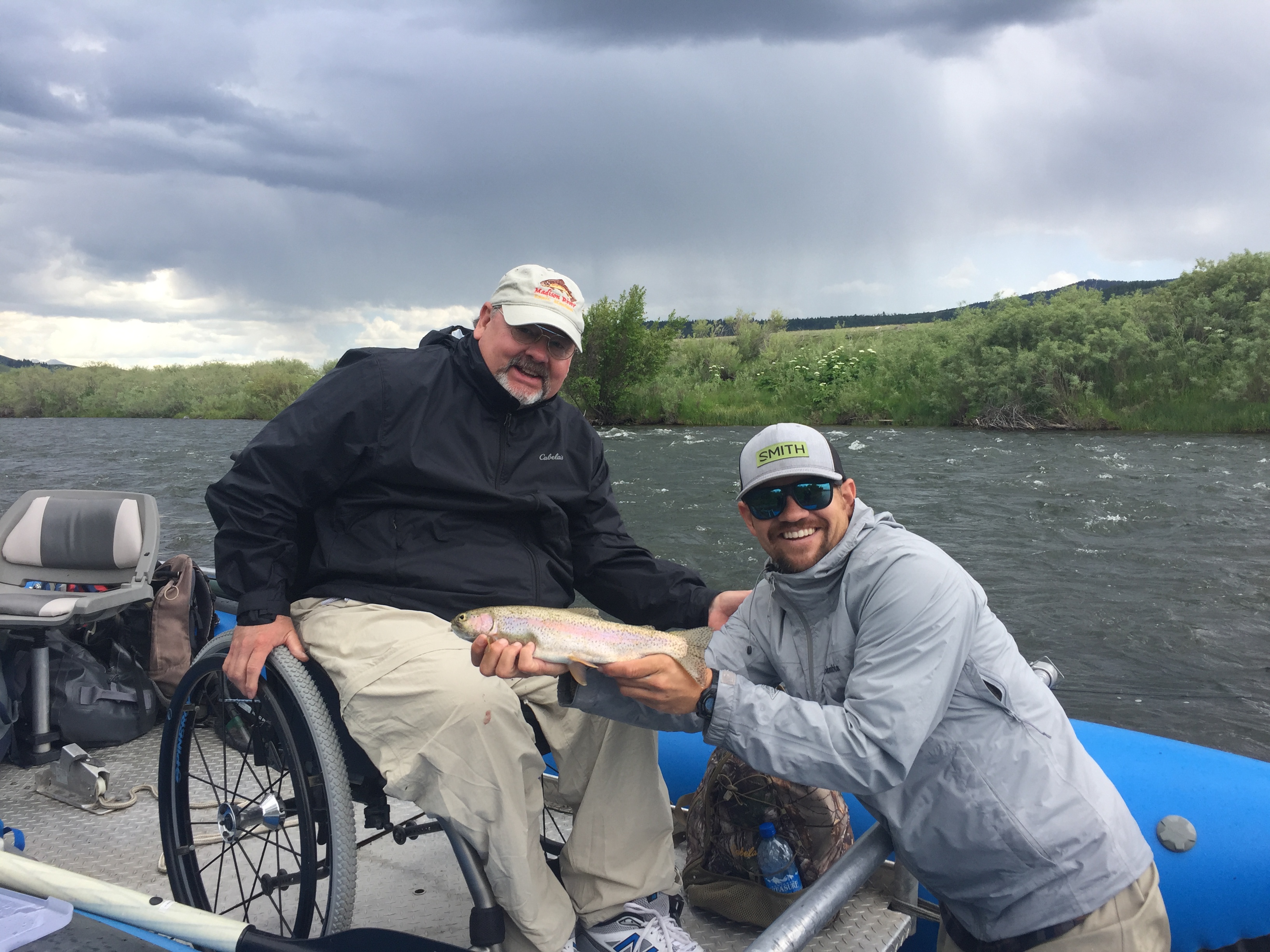